Alcoholism is recognised as a major health problem. In the UK it ranks alongside heart disease and cancer – and it does not damage alcoholics alone. Others are hurt by its effects – in the home, at work and on the road. Alcoholism costs the community millions of pounds every year. So whether or not you ever become an alcoholic yourself, alcoholism still can have an impact on your life.

We have learnt a great deal about how to identify and arrest alcoholism. But so far no one has discovered a way to prevent it, because nobody knows exactly why some drinkers turn into alcoholics. Doctors and Scientists in the field have not agreed on the cause or causes of alcoholism.

For that reason AA concentrates on helping those who are already alcoholics, so that they can stop drinking and learn how to live a normal happy life without alcohol.

As AA sees it alcoholism is an illness. Alcoholics cannot control their drinking because they are ill in body mind or emotions. If they do not stop drinking their alcoholism always gets worse.

Both British & American Medical associations have also said that Alcoholism is an illness.

What are the symptoms?

Not all alcoholics have the same symptoms but many show these signs:

They find that only alcohol can make them feel self confident & at ease with other people.

Often want “just one more” at the end of a party

Look forward to drinking occasions, and think about them a lot. Get drunk when they had not planned to; try to control drinking by changing types of drink, going on the wagon.

Sneak drinks, hide bottles & lie about their drinking. Drink at work or school; drink alone.
Experience memory loss, visit the Dr and play down the amount they are drinking hoping for a magic pill that will allow them to carry on drinking without the usual consequences.

On these issues alone they are displaying signs of insanity, often described as –
‘doing the same thing over and over whilst expecting a different result!’

© The above videos are posted with kind permission of A.A. World Services, Inc.
This Public Service announcement (P.S.A.) is copyrighted by Alcoholics
Anonymous World Services, Inc. (A.A.W.S). All rights reserved. A.A.W.S.
is not affiliated with and does not sponsor this website, its owner, or its
content. For more information, please visit www.aa.org. 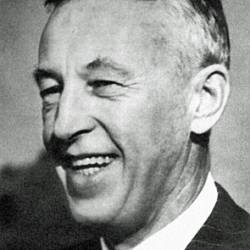 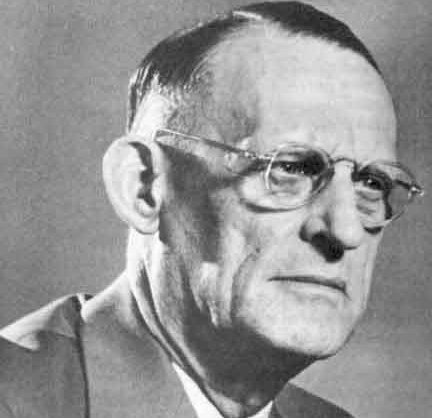 AA was started in 1935 by a New York stockbroker and an Ohio surgeon, who had both been “hopeless” drunks.

At first most AA members also had been seriously ill their drinking having sent them to hospitals, sanatoriums or jails.

But as more & more people heard about AA, many of them alcoholics, they did not have to let their illness do that much damage.

They could recover in AA before their health had been totally wrecked and while they still had jobs, homes and families.

Alcoholics Anonymous is a worldwide fellowship of men & women who help each other to stay sober.

They offer the same help to anyone who has a drink problem, and wants to do something about it. Since they are all alcoholics themselves, they have a special understanding of each other.

They know what the illness feels like – and have recovered from it in A.A.

AA members say, “I am an Alcoholic today” – even when they have not had a drink for many years.

Through the example and friendship of the recovered Alcoholics in AA, new members are encouraged to stay away from a drink “One day at a time”

Instead of “swearing off forever“ or worrying about whether they will be sober tomorrow, AA members concentrate on not drinking right now – today.

By keeping alcohol out of their systems, newcomers take care of that part of their illness – their bodies have a chance to get well.

But remember, there is another part. If they are going to stay sober, they need healthy minds and emotions too. So they begin to straighten out their confused thinking and unhappy feelings by following AA’s suggested “Twelve Steps” to recovery.

These steps suggest ideas and actions to guide alcoholics towards happy and useful lives.

To stay in touch Members attend their Home Group regularly.

With other Members and Newcomers they share there experience, strength and hope and learn together about the recovery program.

“When anyone, anywhere, reaches out for help, I want the hand of A.A always to be there.

And for that: I am responsible”

We use cookies on our website to give you the most relevant experience by remembering your preferences and repeat visits. By clicking “Accept All”, you consent to the use of ALL the cookies. However, you may visit "Cookie Settings" to provide a controlled consent.
Cookie SettingsAccept All
Manage consent

This website uses cookies to improve your experience while you navigate through the website. Out of these, the cookies that are categorized as necessary are stored on your browser as they are essential for the working of basic functionalities of the website. We also use third-party cookies that help us analyze and understand how you use this website. These cookies will be stored in your browser only with your consent. You also have the option to opt-out of these cookies. But opting out of some of these cookies may affect your browsing experience.
Necessary Always Enabled
Necessary cookies are absolutely essential for the website to function properly. These cookies ensure basic functionalities and security features of the website, anonymously.
Functional
Functional cookies help to perform certain functionalities like sharing the content of the website on social media platforms, collect feedbacks, and other third-party features.
Performance
Performance cookies are used to understand and analyze the key performance indexes of the website which helps in delivering a better user experience for the visitors.
Analytics
Analytical cookies are used to understand how visitors interact with the website. These cookies help provide information on metrics the number of visitors, bounce rate, traffic source, etc.
Advertisement
Advertisement cookies are used to provide visitors with relevant ads and marketing campaigns. These cookies track visitors across websites and collect information to provide customized ads.
Others
Other uncategorized cookies are those that are being analyzed and have not been classified into a category as yet.
SAVE & ACCEPT